It is rare to find a situation where there are few downsides along with the upsides. But eating chocolate, especially dark chocolate, is such a situation. However, the sugar and fat are fattening, and there is a risk of migraines, poor bone health, and heavy metals.

The USA has become too dependent on the cheap products it gets from China. In the face of the high volumes of people stricken by CoronaVirus it was not able to supply enough face masks. In particular, the Federal Emergency Management Agency (FEMA) has in the past provided temporary shelters (e.g., trailers) and other products to victims of natural disasters, but the nature of the supplies needed to deal with the CoronaVirus was so different that potential suppliers were unprepared to provide sufficient quantities of appropriate items. To make matters worse, President Trump and 3M were feuding because he used the United States’ Defense Production Act to prevent shipments of US-made face masks to Canada or other countries. Fortunately, Trump and 3M changed their minds, though Canada and other countries might not be happy because they would be getting the less-effective face masks made by 3M whereas Americans would get the more-effective models imported from China.

Founded in 1998, The Tech Museum of Innovation (“The Tech” for short) in downtown San Jose, CA is an impressive facility, located in the heart of Silicon Valley.Ironically, the acoustics are far from state-of-the-art. We attended the Music for Minors gala on April 7, 2019, sitting at a table whose other guests (who included The Tech’s board chairman) agreed with us. This is a high-profile example, but we believe that most facilities lack thoughtful design (drapes, acoustical tile on the ceiling, etc.) to dampen challenging sounds or noises. We can only guess that acoustics get short shrift when buildings or rooms are designed and constructed. Restaurants, including upscale ones, are usually lacking in sound-dampening. 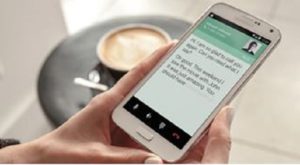 Many months ago while searching for innovative hearing aids we came across a couple of new ventures whose products intended to include a capability of recognizing words and displaying them on a smartphone, but those ventures apparently have not succeed as of yet. In mid-July 2018, however, we discovered a fascinating app for the iPhone that displays text on its screen corresponding to the spoken words of the person we are speaking with. It is one of a number of products called Voice over IP.

The French founder (Olivier Jeannel) was born deaf, so was very motivated to use modern technology to compensate for his disability. His and his two-cofounders’ (CTO Sidney Burks and CMO Pablo Seuc-Rocher) efforts started in 2013, and the venture had raised 660,000 Euros as of March 2018.

Thus far anyone can apparently use the app for free. We tried it, and it worked fine. (You need a high-bandwidth Internet connection: cable, 3G, or WiFi.) We spoke only in English (except for the word Guillermo, which is Spanish for William, that was recognized).The company says that it can handle English, French, Italian, Japanese (we wonder how that looks on the screen), Polish (an interesting alternative), and Spanish. One thing that it didn’t do was to handle words that we spelled out (in English), so there may be some challenges to clarifying misunderstood words.

It will be interesting to see how the company monetizes its technology. The average price of iPhone apps is only US$4.37, which is tiny compared with the price of conventional hearing aids (which rarely work as well as RogerVoice).

One of the most frequent reasons that people put their hearing aids in a drawer and don’t wear them is that the hearing aid they purchased actually doesn’t work well FOR THEM. The process of having one’s hearing tested and a hearing aid purchased appears to suffer from a “one size fits all” syndrome. There seems to be such a a long and steep “learning curve” to the process of diagnosis, prescription, and training that many people run out of patience and simply give up. Apparently the high cost of hearing aids is not a sufficient motivation for buyers to “soldier on” to the point of discovering the benefits of the devices.

However, it is important to remember that the brain plays an important role in hearing. It is not the ear itself that needs to learn, but the brain has to learn to deal with a different set of inputs. And this cannot be done full-time, as we all have to continue all of the rest of our thinking and acting too.

The non-use of hearing aids has strongly piqued the curiosity of scientists, who have conducted numerous studies. Unfortunately these studies seem to have focused more on their methodology than on discovering the principal reasons for non-use of the hearing aids themselves.

Hearing Loss Association of America (HLAA) is essentially a group of individuals who are hard of hearing, a sort of bottoms-up non-profit organization compared with many tops-down profit-oriented organizations. Because one-fifth of Americans are estimated to have some degree of hearing loss, its activities have a potential of improving the lives of nearly 50 million people. It does this via local chapters, state organizations, and a national office near Washington, DC. Local chapters are like support groups, valuable because all attendees have similar problems and can benefit considerably from the experiences and advice of other attendees.

It is not surprising that a hearing aid company like Beltone would praise the value of improved hearing to reduce the likelihood of a person’s contracting Alzheimer’s disease and dementia.Beltone referred to a number of studies, which may have included the one by Johns Hopkins University School of Medicine and the National Institute on Aging. 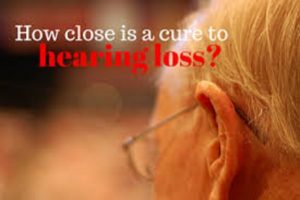 It’s too soon to predict how much (if any) hearing loss can be reversed in humans, though very recent research on “Beethoven” mice is promising (the famous composer became deaf in his later years). The technique is called CRISPR-Cas, and even now is being used in China with human embroyos. To date there apparently have been no trials on living people, and it may be many years before such treatments become commonplace … assuming that they have been proven to be effective.

There has recently been similar progress in gene therapy for blindness although the treatment is very expensive. And in both hearing and seeing we suspect that it will take years for the processes to become reliable and cost-effective. 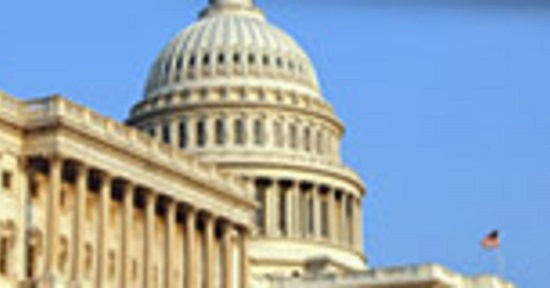 Although we have composed several thoughtful posts regarding hearing, we did not expect to be alerted by the Federal Trade Commission (FTC) of a daylong conference on April 18. Similarly, the Wall Street Journal, which does a pretty decent job of covering hearing issues (because hearing deficiencies have a significant impact not only on people’s happiness but also on their productivity) did not mention this important conference—either before or after it. We only heard of it because the CEO of Sound World Solutions was slated to speak at the conference, and the company sent the announcement of his speaking to its customer list on April 15.

Note that although this April 18 conference was announced on January 4, it was not until March 28 that there was a preliminary agenda published or any way to submit questions provided. We did not hear about the conference itself until April 15, and we sent the following comment on April 16:

“My own hearing has diminished to the point that I need SOME form of assistance. And I can afford it. But I am baffled by the advice I get from ENT doctors, audiologists, and especially the sellers of hearing aids and PSAPs (Personal Sound Amplification Products). On my website WhyMenDieYoung.com I have posted my observations and my objections to the apparently cluelessness of these folks. I started by stating the problem , which is consonant with the text above. Then I moved on to decrying the missed opportunitycombining wireless earbuds for listening to a mobile device AND serving as hearing aids at. Apple and third-party suppliers of AirPods should have done better. Few among us would call the AirPods attractive, but because they are from Apple they have a lot of cachet. But they are unattractive in a different way from the way that conventional hearing aids are unattractive. The old saw “ children should be seen but not heard” becomes “hearing aids should be heard but not seen”. Most hearing aids look like something that many iPhone users’ grandparents might use, which is the reason that so many older folks resist using them. At least in Silicon Valley, most people would prefer to look geeky than to look senile. Most recently I followed up on the useless online hearing tests. I hope that the FTC can prod the hearing care business to get going to improve the hearing of Americans.”

On the day of the conference, there was an announcement of a Public Comment Period during April 18 through May 18. The FTC did reserve the right to review the comments, which seems rather restrictive given that the conference itself was open to the public. In any case, I was unhappy that my comment was not included among the approximately 100 total. WORSE, when I attempted to lodge a complaint, the FTC’s website’s design blocked me from doing so. Hence the title of this post.